"Ground the Drones" Raise Voices Against the USAF

Peace activists concerned about US military drone attacks against Pakistan gather twice a day at the gates to Creech Air Force Base in Indian Springs, Nevada in a nonviolent protest. The group, calling itself "Ground the Drones," began a vigil earlier this week which will continue until April 10th.

"We recognize the urgency of the present moment," said Brian Terrell, of Maloy, Iowa.

"The drone attacks are exacerbating tensions right now, in Pakistan." Peter Ediger of Las Vegas added, "We are here to declare our belief that peace will come through human interaction using negotiation, dialogue and diplomacy, and not through reliance on robots armed with missiles." 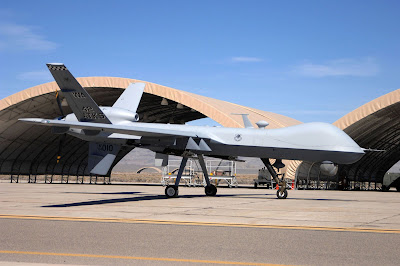 Creech Air Force Base is home to the latest high tech weapons that use unmanned aerial systems (UASs) to carry out surveillance and increasingly lethal attacks in Pakistan, Afghanistan and Iraq. Once Unmanned Aerial Vehicles become airborne in places like Afghanistan and Pakistan, teams inside trailers at Creech Air Force base begin to control them. The MQ-1 Predator and MQ-9 Reaper drones both function to collect information through surveillance and both can carry weapons. The MQ9 Reaper drone, which the US Air Force refers to as a "hunter-killer" vehicle, can carry two 500 pound bombs in addition to several Hellfire missiles, according to information provided by the group.

The group says that, since many civilians are killed along with any intended targets, these missions are succeeding in their intent to provoke a violent response, even as they fail to pacify or demoralize the target communities. Proponents of the use of UASs insist that there is a great advantage to fighting wars in "real-time" by "pilots" sitting at consoles in offices on air bases far from the dangerous front line of military activity. With less risk to the lives of our soldiers and hence to the popularity and careers of politicians, the deaths of "enemy" noncombatants by the thousands are counted acceptable. The illusion that war can be waged with no domestic cost dehumanizes both us and our enemies. It fosters a callous disregard for human life that can lead to even more recklessness on the part of politicians.

The group invites the public to join the vigil. More information about the vigil as well as about Predators and Reapers is available at the website http://NevadaDesertExperience.org 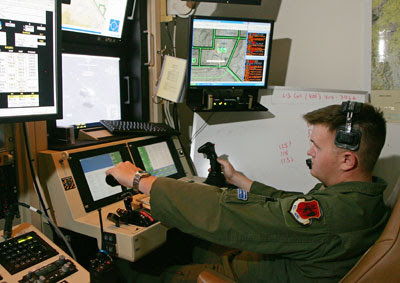